Northeast Division representatives to the National Championships set
See who they will play here! http://www.uslba.org/nationals.php 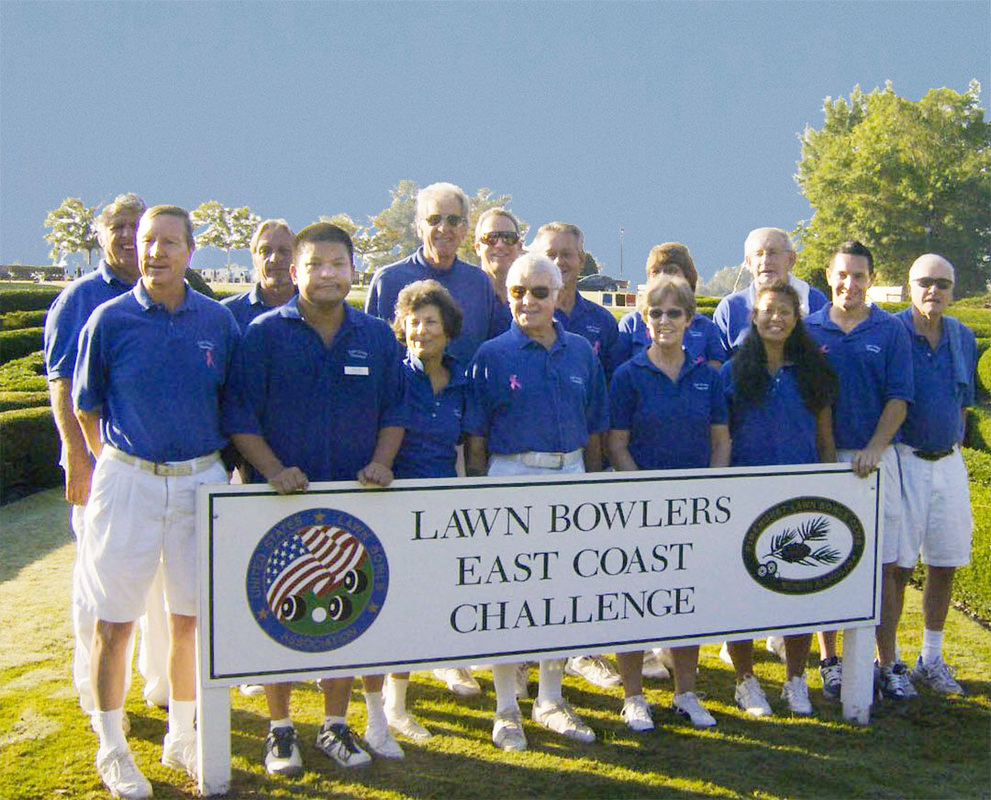 Triples:  Ed Last, Alan Winson and Les Winter(NYLBC) were the only team to go undefeated with a 5-0 record. Finishing second after a playoff was Maurice LaFond, Ron Stubing and Jerry Demello (Brooklyn/NYLBC) with a record of 4-1. Also finishing with a record of 4-1 was Wick Hall, Richard Lockyer and Dick Kattan (Frick Park LBC). Congratulations to our winners and thanks to Chris Braun and the New York club for hosting the event.
Doubles: Michele Arculli and Loraine Urquhart finished undefeated in the Northeast Open Pairs at Essex County LBC. Ten teams turned out for the 2012 NE open second event. Second place went to Patrick Duffy & Bob Patterson ( 4-1 ) with a playoff win over Janice Bell and Jon Johnson from Seattle. (Skip Arculli substituted in the playoff for Jon Johnson.)
Singles: Michele Arculli went 6-0 in winning the Northeast Open Singles at Essex County LBC. This capped 4 days of bowling without a loss for Michelle. Bob Patterson (5-1) beat Wick Hall (5-1) in a playoff for 2nd place in the eleven player field. Skip Arculli was undefeated at 5-0 but had to withdraw from the competition with a back problem.

Motta Pairs won by a couple of Brooklyn LBC bowlers from Rhode Island.
The Paul Motta Pairs was held in Buck Hill Falls on August 4-5. 12 teams turned out and played an exciting tournament where there were no undefeated teams. We were also fortunate to dodge the stormy weather to complete a the event with minimal delays.
Maurice Lafond and Jerry Demello were victorious defeating Ron Stubing and Ed Last in a playoff after both teams finished the 5 card draw at 4-1.
5 teams finished regulation with a record of 3-2 and after a short game playoff series Brian Drozd and Duncan Farrell survived a playoff to finish in 3rd place. Also in the playoff were Ryan Hafstu and Joe kelly, Bill and Annette Borowitz, Bud and Helen Fickley, Patrick Duffy and Don Quillen.
We would like to thank the Buck Hill Falls club for their great hospitality over the whole weekend.
Congratulations to Maurice and Jerry.

Nine teams comprised the field for the Hall of Fame triples at Skytop on June 23-24, 2012 with teams from Pittsburgh, Skytop, New York and Brooklyn.
Three team finished the 5 card draw with 4 wins and competed in an elimination playoff.

Congratulations to our winners and thanks to the Skytop club for their hospitality and all who played. Special thanks to Ed Malstrom from Skytop who won the 50/50 draw and donated his winnings to the Championship fund.