Roller/Duffy, Luba/Hein, Sayer and Arculli  will represent us in Nat. Champs Doubles and Singles in Nov. 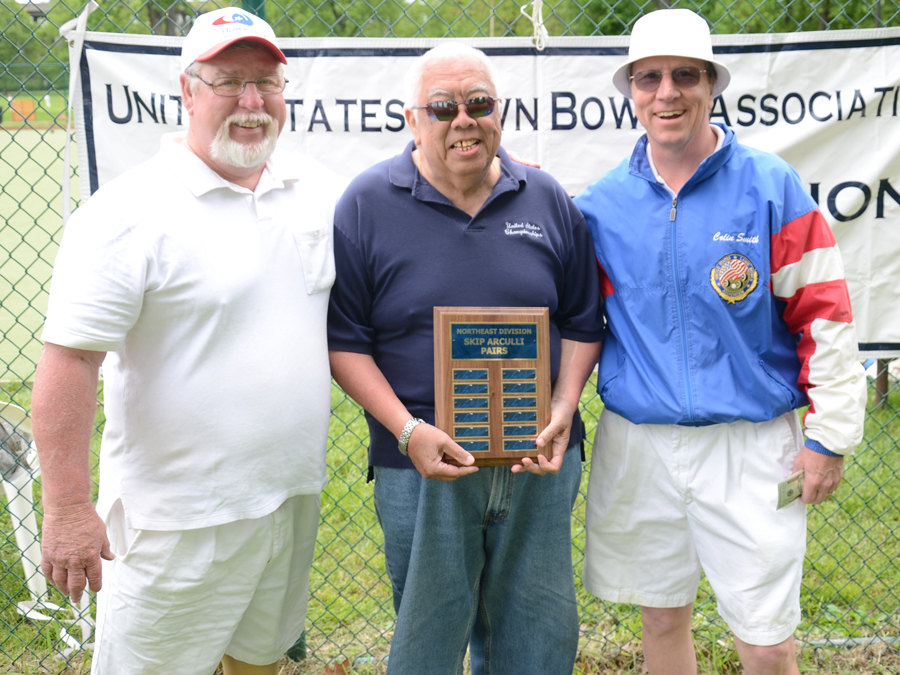 Bob Patterson (left) lead for Colin Smith (right)  in the first annual Skip Arculli Pairs, a Northeast Division Open event. The only undefeated team was presented the plaque by Hall of Famer Skip Arculli who, as should be evidence by him not presenting the plaque to himself, did not compete in the two day event.* 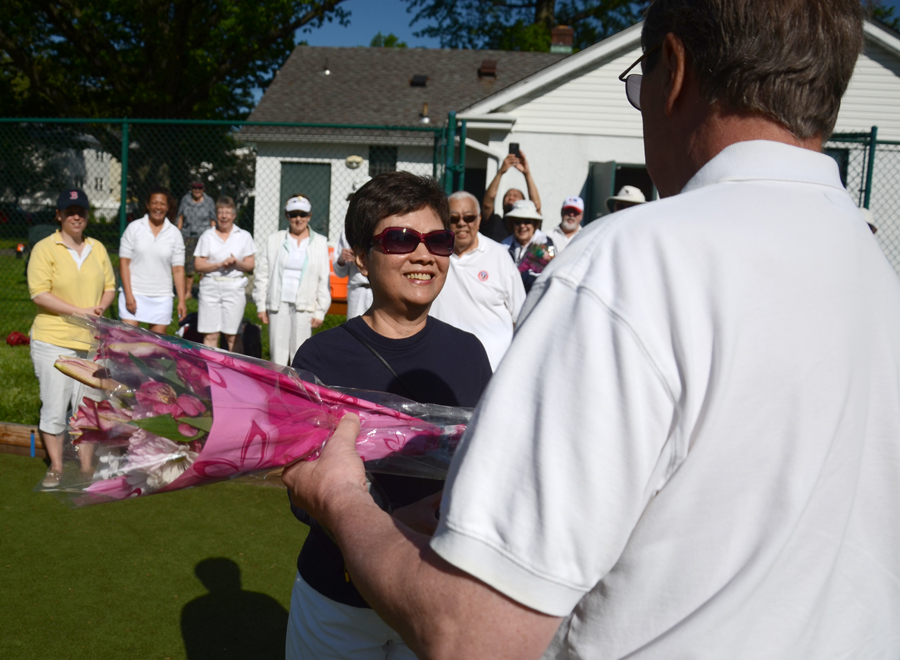 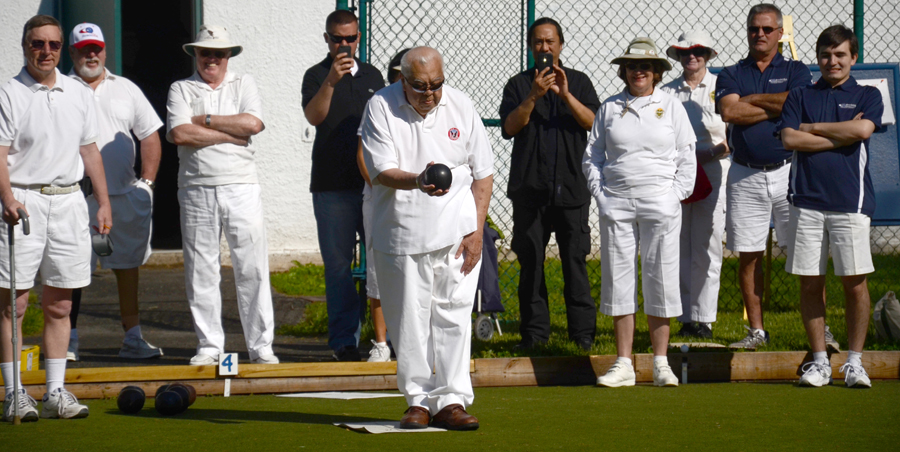 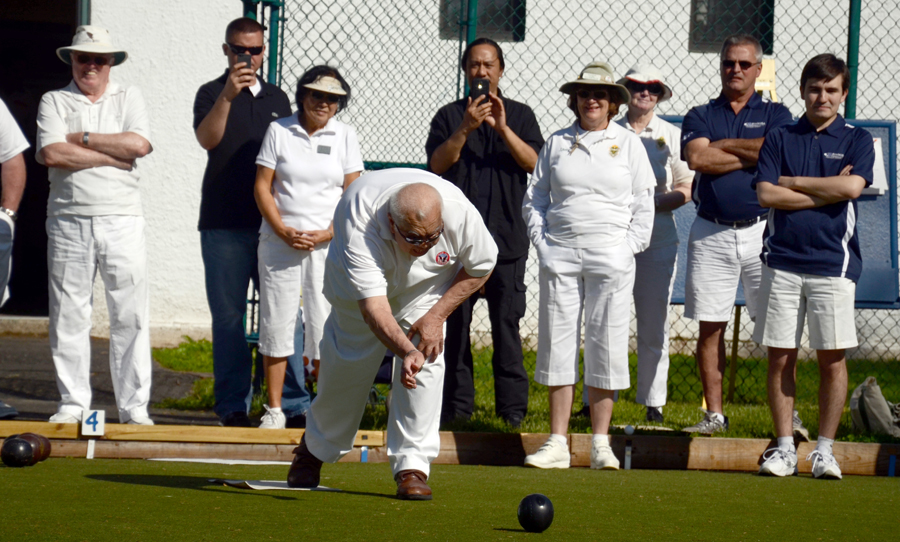 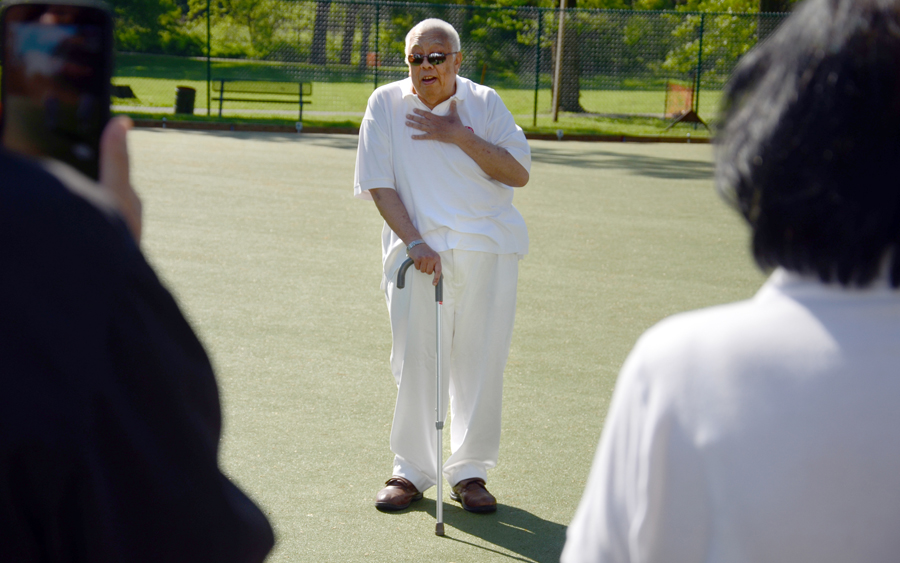 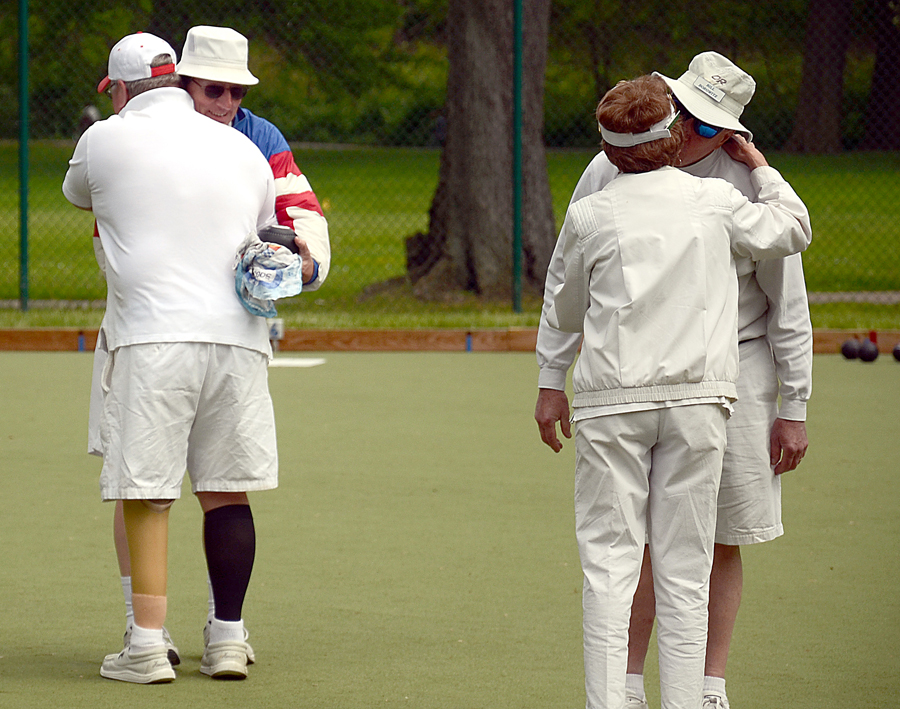 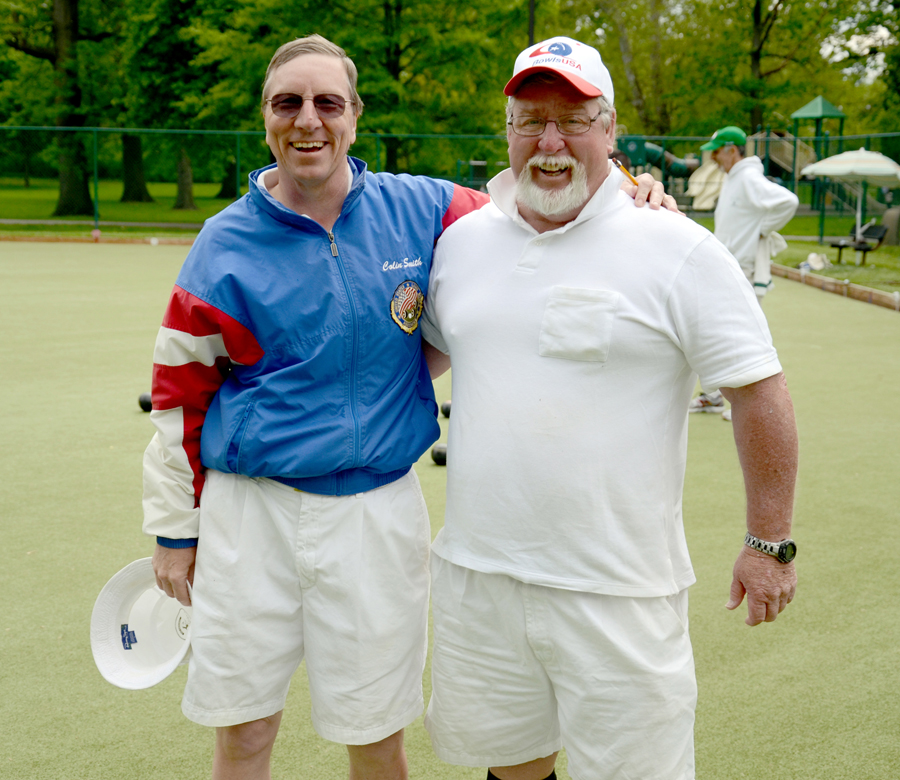