After two days of on & off rain, all games were completed and two Frick Park teams finished first and third. Congratulations to the winners and all the participants! 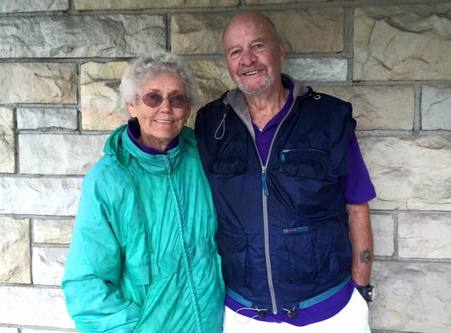 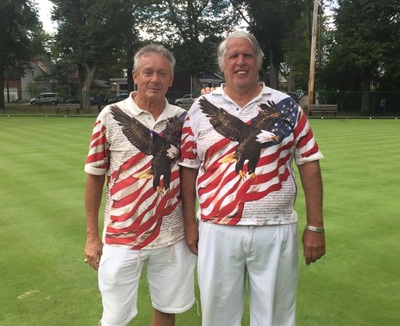 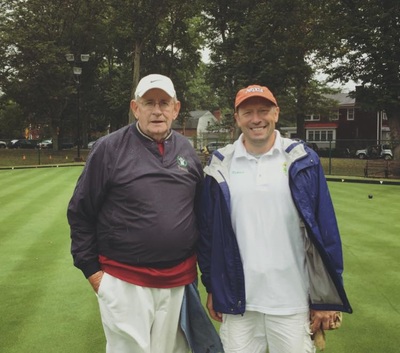 TRIPLES RESULTS:
Congratulations to first place winners, Ron Stubing, Georgina Kelman and Patrick Duffy & team Snyder, Sum, & Shen for placing second! They won in a very tight playoff game, both teams finished 4-1 It was an exciting match where team Duffy held a 9-5 lead & team Snyder fought back to tie the game 9-9 after 12 ends. Team Duffy got a fortunate three in the 13th end to get a little opening and won 13-9. Congrats to Team LaFond for their 3rd place playoff victory in dominating fashion over team Stawartz of Pittsburgh! 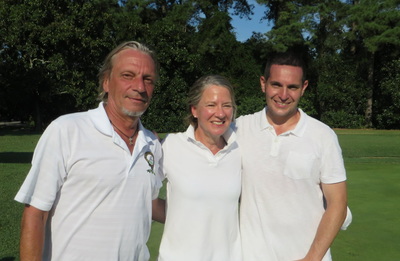 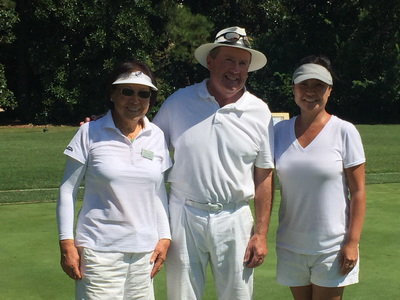 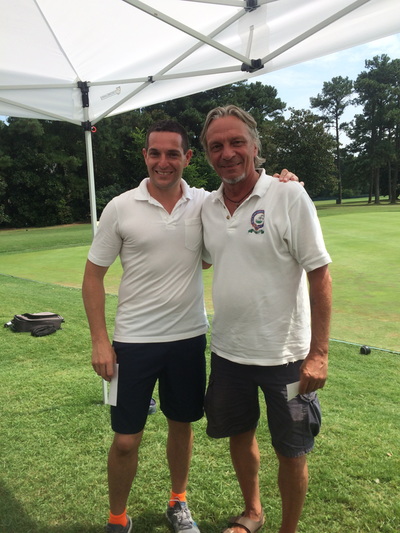 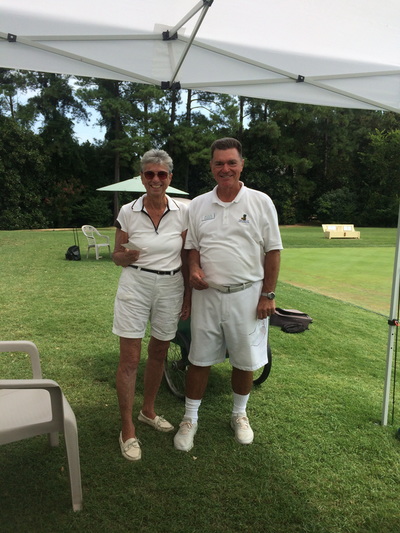 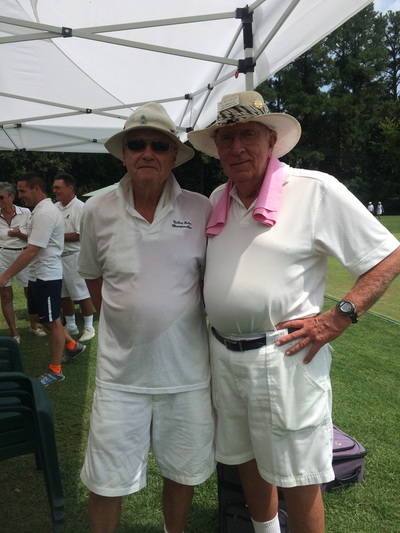 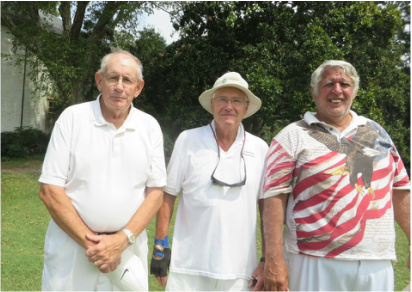 Congratulations to Michele Arculli and Lew LeCompte for winning the Women's and Men's Northeast Division Singles Playdowns at the Williamsburg Inn Lawn Bowling Club.  They are both now headed to Long Beach, CA in October to represent the Northeast Division at the National Championships. 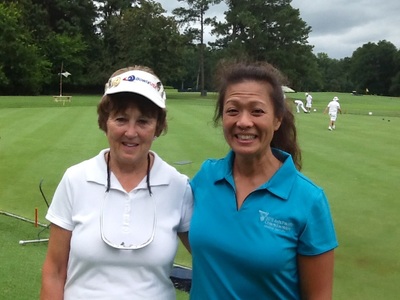 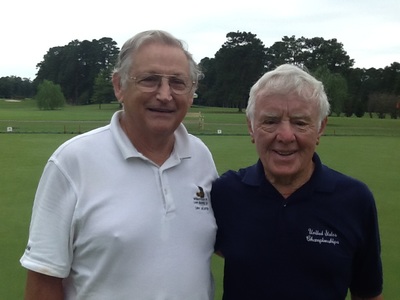 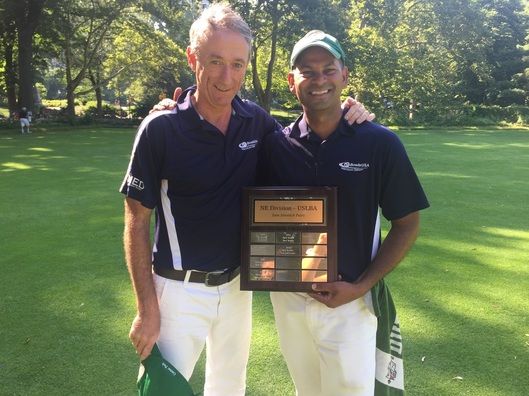 The Drevitch Pairs was held in the famous New York LBC in Central Park. The weather was unpredictable on opening day of the tournament with rain, lightening and thunderstorms, but we were able to prevail and complete the tournament in very hot & humid conditions.

The tournament featured an exciting final between Ron Stubbing & Patrick Duffy against Joe Kelly & Ryan Hastu on the last end with the last shot to favor Joe & Ryan who won by 7-6. 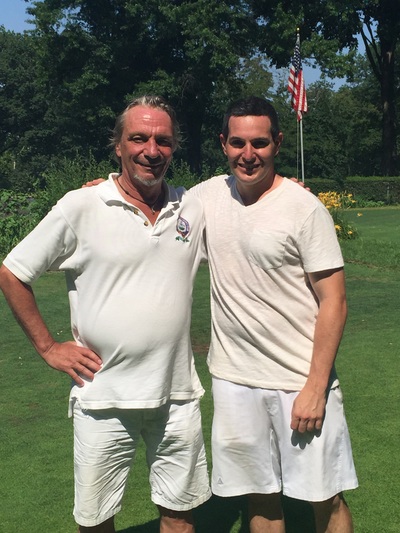 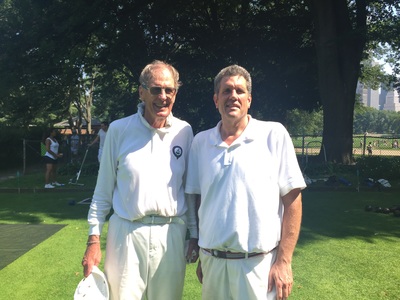 The Hall of Fame Triples was held in one of our most idyllic settings in Skytop, PA.  There were a total of 14 teams entered for this tournament with the largest turnout of two clubs: 19 members representing Essex LBC of NJ and 10 members representing Frick LBC of PA. Thanks to all for participating in a great tournament and the beautiful weather we had for the weekend! 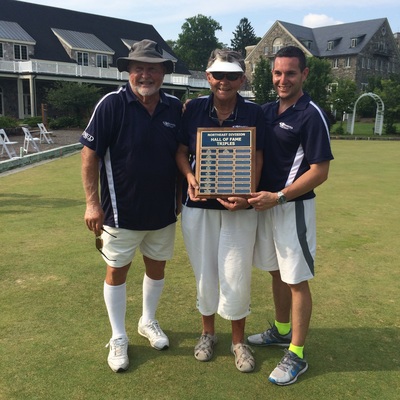 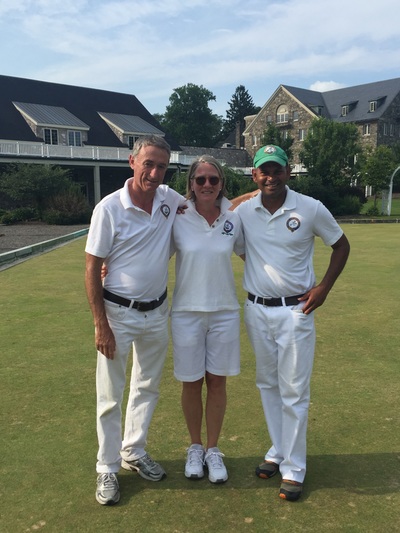 2nd Place Winners of HOF: Joe Kelly, Georgina Kelman & Ryan Hastu
2015 US PAIRS PLAYDOWNS at Essex Lawn Bowling Club - June 27-28, 2015
The US Pairs Playdowns were held at Essex Club on June 27-28, 2015. It was a small entry this year with only 6 men's teams and 1 ladies team.  The weekend was damp, wet and cold for a weekend in June. That did not detract from the quality of bowling however with some exciting games.  In the final round of the 6 team round robin, Patrick Duffy and Burl Roller played against Dick and Bobby Sayer. It was an exciting finish with teams tied at 12 going into the final end.

Ladies:
Veronica Sum & Frances Shen will represent the NED at the 2015
championships.

Congratulations and good bowling at the championships to our winners. 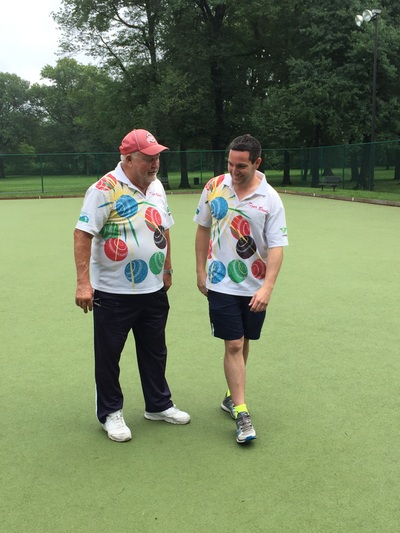 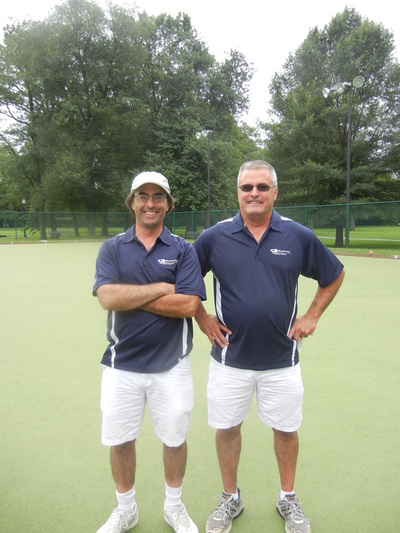 Twenty one bowlers from Rhode Island, Virginia, Maryland and Pennsylvania, New Jersey and New York, turned out at the Dupont Lawn Bowling Club on June 13 to play the 4th annual Ron Buck Singles tournament. It was a hot and steamy weekend uninterrupted by rain. Each bowler played 6 games over the 2 days with 3 bowlers finishing at 6 wins and no losses.

In the playoffs Patrick Duffy of Essex County defeated Joe Kelly of New York in the first game. He then went on to defeat Brian Drozd from Essex County in the final. Ryan Hastu finished in forth place with a record of 5 wins and 1 loss.

Betty Lou Buck presented Patrick Duffy with the trophy and prize money for the second consecutive year.
Many thanks to the Dupont Club for their hospitality and congratulations to all of the participants. 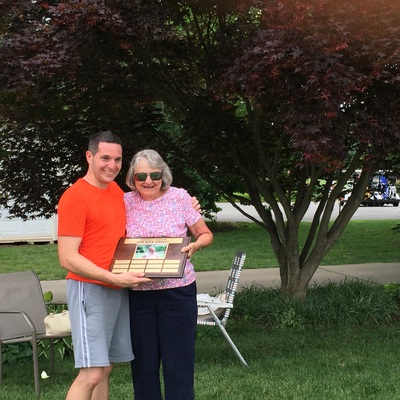 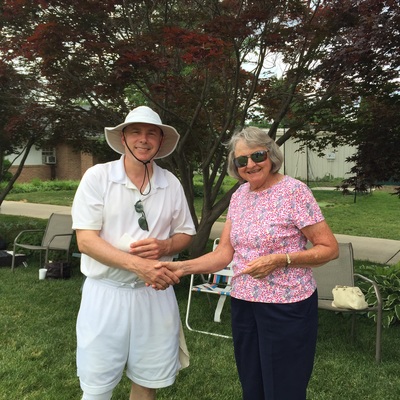 16 teams turned out at Essex County LBC on May 30-31 2015 for the Skip Arculli pairs. The tournament came to an abrupt halt when the weather turned to heavy thundershowers on Sunday afternoon. Unfortunately we were unable to complete the final round of play so the event was decided by the results from the first 4 rounds.
There were 3 teams with a 4-0 record which required plus points ( max 9 per game ) and ends won to determine the winners.


This was the first time in the last 20 years that we have had to resort to tie breakers to determine the results of an event. 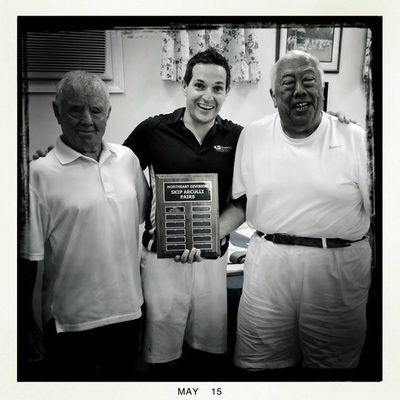 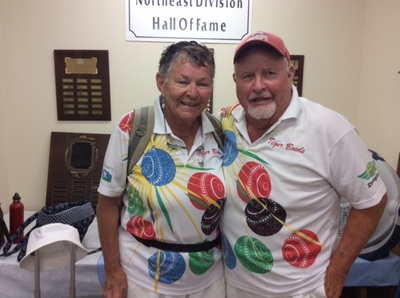